A friend of mine commented on my facebook post (where I originally shared it), saying that her sister was there when this was taking place and recorded her own footage of this exciting occasion.  And her sister is a former jet ski racer…as is the guy doing the flying in this clip.

I suppose that jet ski racing comes in handy as training for going to this kind of flying activity.

(NOTE:  Video is shared from the Autodynamics facebook page)

Posted on May 21, 2017May 22, 2017 Posted in discovery, experience, flying, haiku, magic, observations, photography, poetry, sky, travelTagged airplane, at night, clouds below and Space above, flying, view out the windowLeave a comment

Sea of blue below,

The steady wing runs its tip,

Looking out the window of the airplane on the overseas flight to Germany….in that time between setting sun to seeing the new day’s sun appearing on the sky’s horizon again.

Crows know how to scrounge;

They are smart opportunists.

They see and they snatch!

I was driving along that oh-so-familiar country road again today.  At one point I passed by an open field area and saw three crows on the left shoulder of the road, picking at something on the ground.  Out of the corner of my eye, I glimpsed something yellow and  quite the chunk that one of the crows had claimed for itself and was holding tightly in its beak.

I had passed them just a bit, but this scene intrigued me enough so that I turned around and headed back; perhaps I’d get to see more and see what the crow had found that was so special.

When they saw me coming, all three crows easily swooped over to the fence rail and perched there.  As I got ready to snap some pictures, the crows decided it was time to leave.

The sequence of photos here show the crows in flight – which is cool to watch – and how they move their wings as they become airborne. 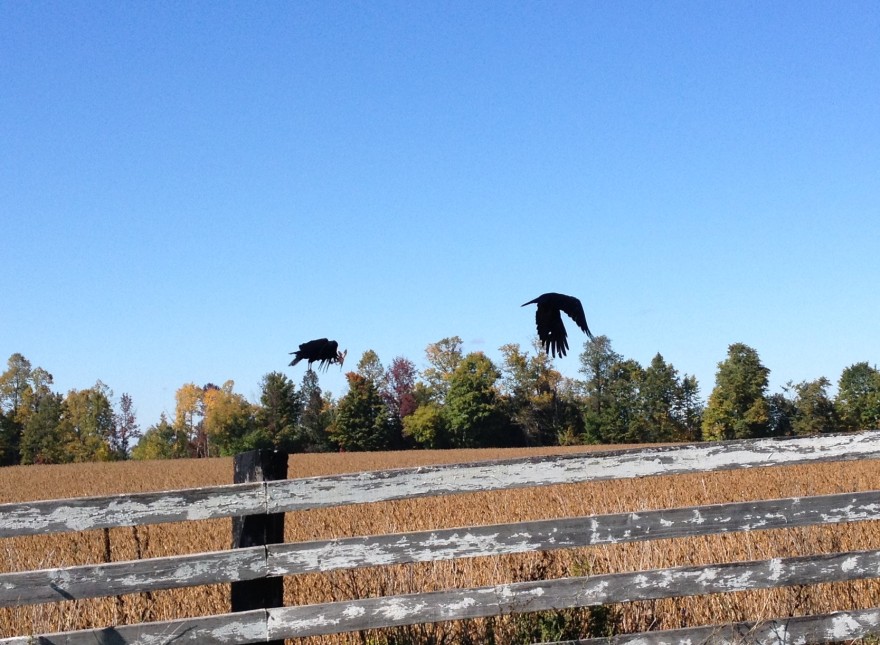 It was garbage pick-up day along this road, I could tell, from seeing all the overturned garbage bins at the end of people’s driveways.

So that’s probably what attracted the crows to come snooping around.  And it’s the crow on the left that is holding that sizeable chunk of a treasure.

Even zooming in, I can’t quite make out what that bright object is – a bit of something scraggly and stiff.

A piece of dried corn husk?

You hear the buzzing,

There are two of us working in the garden….weeding and hoeing and trimming.  At one point we stopped to take a breather and admire the flowers that were blooming.

We could see the busy butterflies, delicately perching on purple or blue flowers here and there in the search for delicious nectar.

We could hear the hum of sound created by several bumble bees, moving along purposefully from flower to flower for their share of nectar and, of course, pollen.

Then Ryan, my gardening partner, spied something unusual.  At first he thought it was a really tiny hummingbird, as it seemed to fly and hover similar in that style.  It was hard to get a really good glimpse of it, so I pulled out my phone to snap some shots to help us with identification.  As we observed its movements, it eventually became clear that it WASN’T a hummingbird but another type of insect.  And the photos seem to support that idea.

As both Ryan and I have never seen such an insect before, I decided to post some photos of it on my blog and see if any of my readers might be familiar with it and could enlighten me as to its identity. 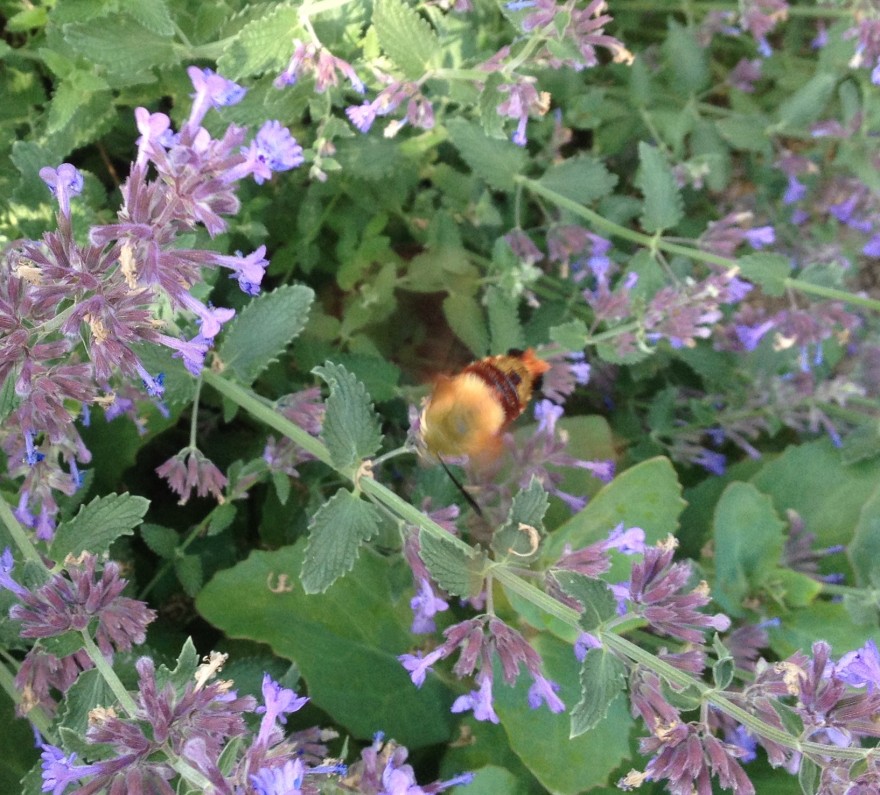 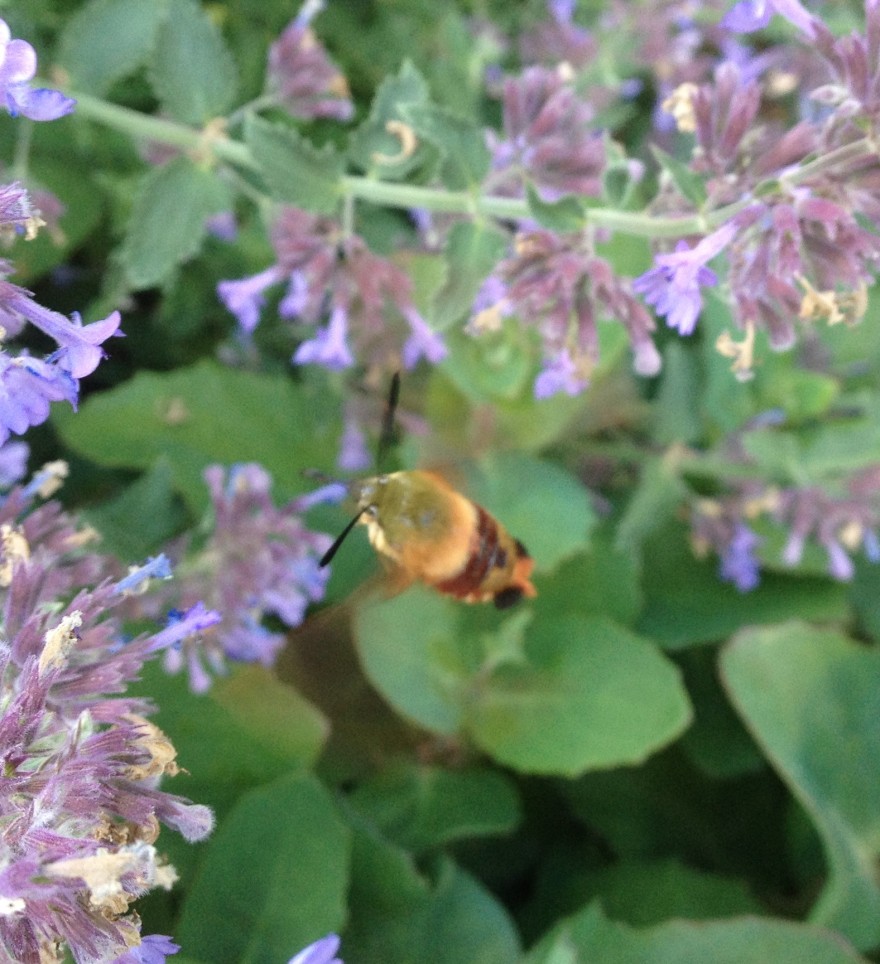 Soft landing; then hip, then hop –

Time to catch some worms.

As I was sitting in Stewart Park (in Perth, Ontario) today in the afternoon, waiting for some friends, I looked around….enjoying the view of the small brook flowing nearby, and the trees, and….

This beautiful robin flew along from behind where I was sitting on a bench and then passed in front of me, swooped a little semi-circle, and landed in the grass.

Seemed to me she didn’t mind my presence, as she hopped a bit and then stopped.  Hopped some more and stopped.  We gazed at each other; it felt like a cheerful greeting “hello!”

Here are some more views of the park…. 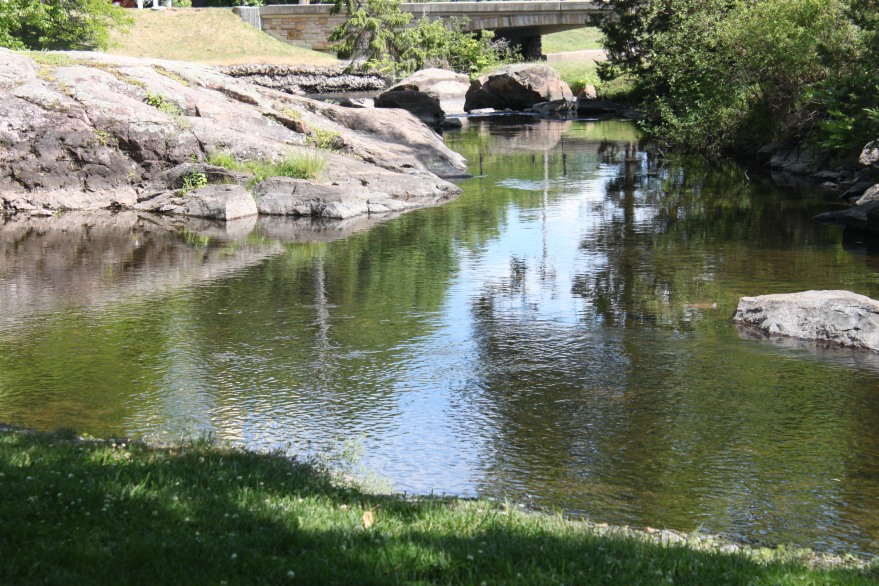 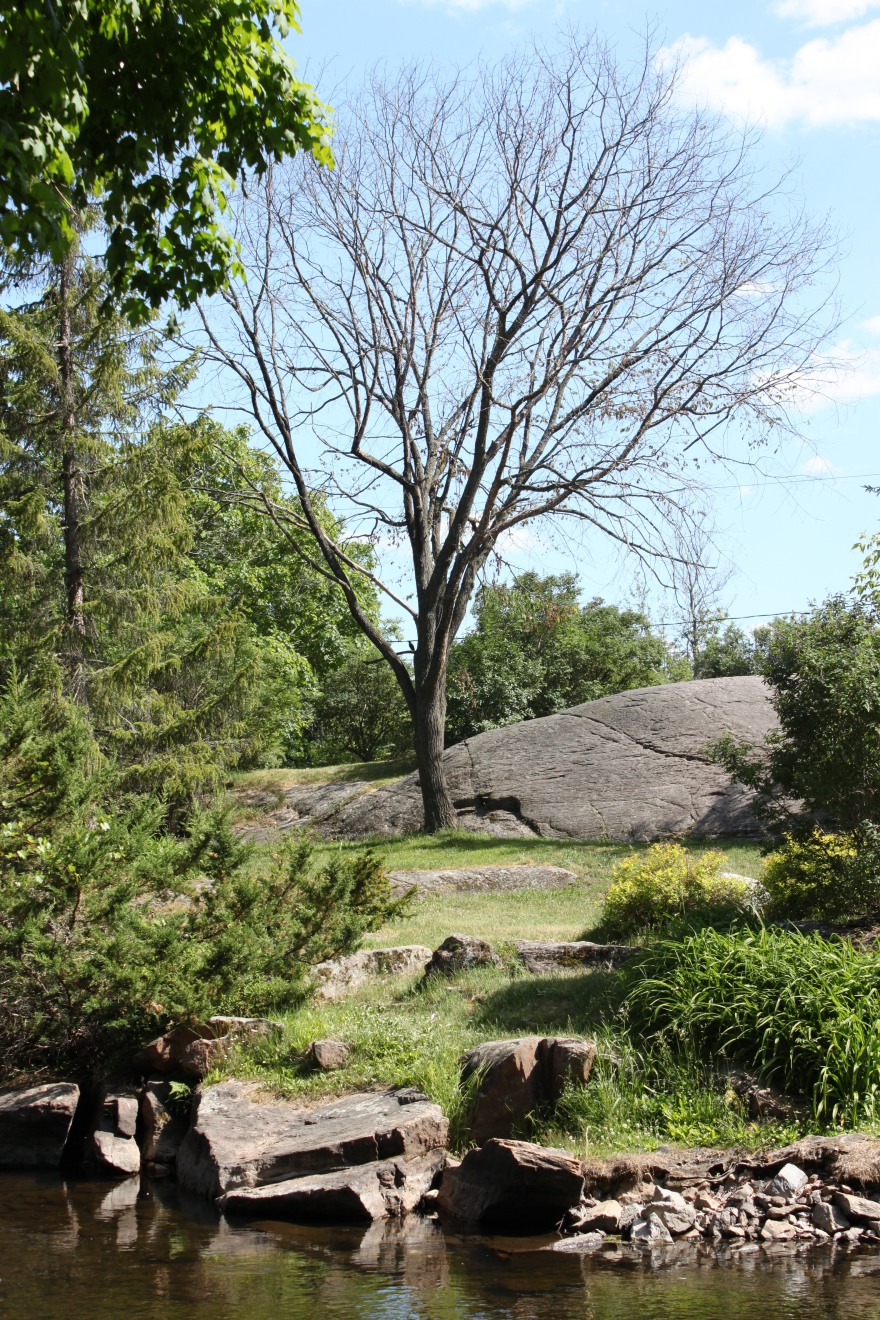 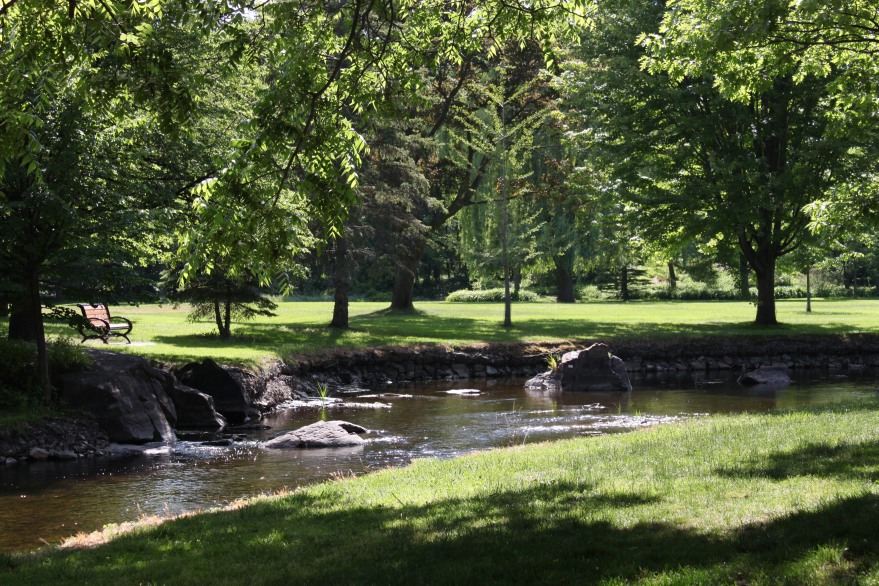